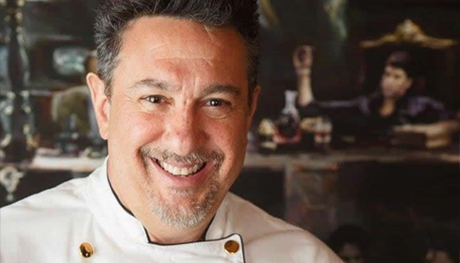 With over 40 years of culinary experience, I invite you to an unforgettable taste of Tuscany! 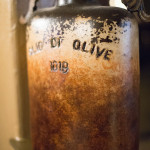 Born in upstate New York, Chef Marc moved with his parents at the age of thirteen to Southern Florida in search of a better life and warmer weather. The family opened an Italian restaurant on Singer Island in 1973, where Marc first started cooking. Throughout his teens, he juggled school and the kitchen, always knowing where his life path would take him. Summers were spent visiting his family in Utica, where he was presented with an opportunity to train in one of the areas most prestigious Italian restaurants — Grimaldi’s.

Marc’s confidence swelled as he discovered how natural cooking came to him and upon returning to Florida, he made his parents an offer they couldn’t refuse — to open their restaurant for lunch and let it be his baby, giving him complete control of the menu, staffing, and everything else. Marc’s first experience of running both back and front of house was such a success that his father, recognizing raw talent, offered to partner with him in a new venture. 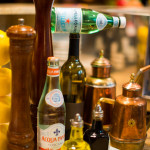 In 1993, they opened Classico’s in Juno Beach, Florida where Chef Marc’s menu and cutting edge concepts took the area by storm. Classico’s, now under new ownership, is still as popular today as it was twenty years ago. While visiting family back in Utica, in the mid 90’s, Marc found that one of his favorite restaurants had been closed for a couple of years and the cogs soon started turning. It wasn’t long before Marc reopened the restaurant as Marc’s Seneca Inn, an instant hit. He led the local culinary scene by introducing wine flights and, as always, a stellar menu. His passion for food was conveyed to every guest that had the pleasure of crossing the doorway and the business swelled. At its pinnacle, Marc sold the restaurant at a profit and with the comfort of knowing that he had revived a local landmark. Moving back to Florida and focusing on a much higher end market, Chef Marc opened his third restaurant — Marc’s Chophouse. Thriving in the Fisherman’s Wharf Plaza in Jupiter, it quickly became a hangout and very much the place to be seen, earning praise from Palm Beach food critic Paul Reed. Marc’s Chophouse attracted the likes of Joe Namath, Coach Chuck Daly, Brent Musburger, and a plethora of other sporting and entertainment celebrities.

After five years at the top of the culinary ladder, Marc started to seek a new challenge and found it in 2000 in Las Vegas, in the form of a decadent restaurant, located on Lake Mead and Tenaya. It was here that Chef Marc would yet again bring another phoenix from the flames, refurbishing and revamping it into the infamous Marc’s Italian Steak House and discovering that everything he had learned over the years would finally come into fruition. 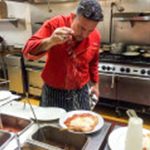 Regularly taking trips to Italy to learn more about the food and wine he is so passionate about, he gathered recipe’s and built his reputation in The Valley, from nothing to being invited to cook for Governor Linda Lingle in Hawaii. Voted best hidden treasure by KNPR food critic, John Curtis in 2005, Marc soon earned praise from all the local epicureans, to the extent of being featured in Reservations Required by Sarah Lee Marks.

Selling while the “going’s good” is something that every business man should know, and Chef Marc is no exception, he sold the steak house and quickly found another property to reinvest in on North Rancho Drive, Mezzo. Somewhat of a risky area, Marc was still successful and proved all of his peers wrong, but seeing a shift in economic trends he knew that fine dining was going to take a big hit. So, he sold while he could and focused his energy and creativity on a new project — Parma By Chef Marc. A totally new concept, Parma is an authentic Italian eatery with an Italian market, featuring homemade dishes served in a comfortable, enjoyable atmosphere. The new Parma has all the elements of a New York City deli, a European wine lounge, and a retail store. Chef Marc is someone that honors old world traditions that reflect a simpler style. In his cooking, he brings ingredients that compliment the food, not compete with it. He still comes to your table and if you are lucky, he will share a food story with you about his travels to the old country. 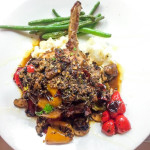 Wanting to express his passion for authentic Neapolitan pizza while not having a pizza oven at parma — he decided to purchase a mobile wood burning pizza oven (using only wood and cooking at a temperature of 800°F). After catering for the world market furniture convention and serving thousands of people daily, he had an idea to create a pizzeria with a faster counter style ordering system. He then opened up Novecento, in the North West Centennial area. September of 2015, Chef Marc sold the pizzeria. As of June 2015, he decided not to renew the last at Parma. After a few months of perfecting some new recipes at home for several lucky guests, he chose a new location to focus solely on serving his guests in a new Italian restaurant that opened in November of 2015, called Chef Marc’s Trattoria, in the Summerlin area.

And that is the beginning of Chef Marc’s Trattoria. When you stop by Chef Marc’s, you can enjoy a fine dining experience with authentic Italian entrées and flavors. Take a peek at our specialty and dinner menus and well as our happy hour menu before heading in or ordering out today! We look forward to serving you delicious Italian meals, make a reservation and contact us today with any questions you may have.